Right here, you will find cheap phones with a Fingerprint scanner in Nigeria and a direct link to buy them at your comfort. 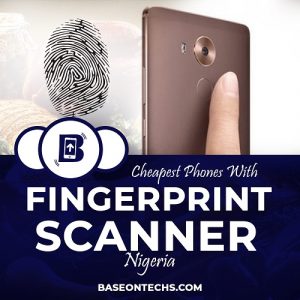 A fingerprint security lock is a new update made in the smartphone market. In fact, a lot of individuals (including myself) won’t buy a phone without the fingerprint sensor on it.

And yes, it’s one of the best ways to keep your information secured and easy to access by you (the owner).

Now, select from the list of phones with rear fingerprint scanner sensors in Nigeria.

These are the cheapest phone with fingerprint lock: 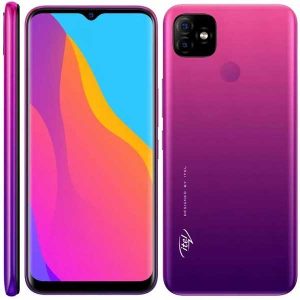 The Itel P36 is updated to the Android Pie Go Edition. It is flat like the A56 version of Tecno.

With the 1GB RAM internal memory, you can possibly do more tasks than the poor versions of Android.

1GB-4GB is not the same, so you know the extent or limit to which you should allow apps to run in the background. 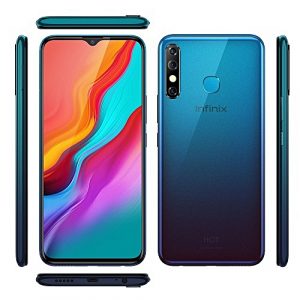 This sparkling mobile phone got launched recently and the “Jump Catch” on it is not a little one. The record on sales is massive and still counting.

The Infinix Hot 8 has a simple design that doesn’t fade easily. It was designed with the future image in mind. No doubts, in years to come you can easily expose it as one of the latest phones (lol).

Infinix Hot 8 is made of different colors which are;

The phone fingerprint scanner is placed at the back (with a gold surface) just as other similar versions of android 9.0 pie.

You can turn your data connection switch from 2G, 3G, or even 4G LTE, which coverage you prefer.

Does it have a fingerprint locker? Yes. 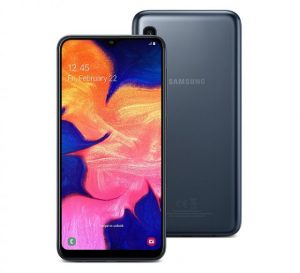 The Samsung A10s Lite is made of different colors depending on the one you like. From online stores and the mobile phone market, you will find blue, red, black, and gold versions of this phone.

Its screen size 6.5-inch with a 19:9 aspect ratio. Well, if you are a fan of selfies, the phone Megapixel is “13” for the back camera and 5MP front camera compactable with the screen size.

The phone is powered by Exynos 7884 chipset with an amazing processor.

Samsung A10s Lite has 32GB inbuilt plus 2RAM for better processing, and you are allowed to support inbuilt storage space with up to 1terabyte.

Does Samsung A10s Lite Have Fingerprint? 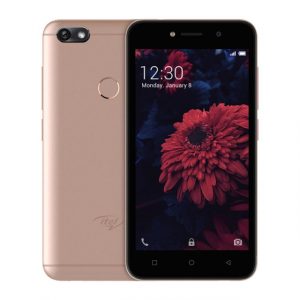 This one is built with a metal feeling in mind. As you can see in the image, there’s a combination of plastic and metal packs.

You can easily mistake the shiny pack for flash coz  it easily reflects or reacts to light but it has space for LED.

It has an average battery size that may last for 2days of normal usage.

You will discover the 1GB RAM memory of which half it is available for use. 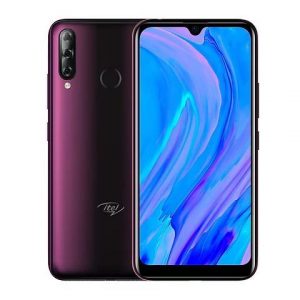 Itel P33 Plus has two (2) shooters for the camera and it is located at the back top-left corner of the phone.

Is Itel A32F Made with Fingerprint?

You will find the fingerprint sensor at the back close to the camera and LED Flashlight.

The phone battery is 5000mAh which is the major focus on mobile phones these days.

Not only that, but it also comes with a USB OTG cable that enable it to share energy and serve at mini power bank to other phones.

Inside Itel P33 Plus smartphone, there’s 1GB memory RAM plus 16GB inbuilt storage that can be expanded with a micro SD card. 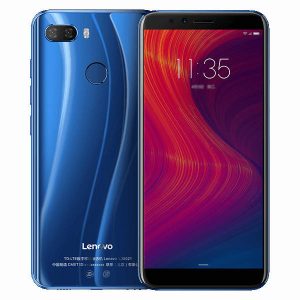 Lenovo K5 Play is very much similar to the S5 and K5 versions. It has decent, well-crafted round edges which make it portable and appealing to the hand.

The system battery is Ok for the amount placed. I mean 3000mAh battery capacity is not bad for a phone cost N29,990. 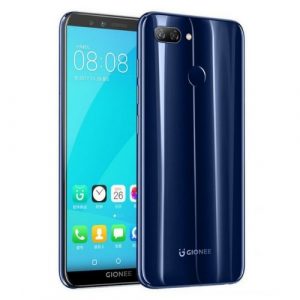 And with the 3GB RAM memory, it will be able to handle a the normal level of multi-tasking.

There’s no room for too much lagging, five (5) tasks at a time is OK using the phone with an active data connection.

You can make use of 2G, 3G, 4G LTE network coverage. Yes, they are all available. 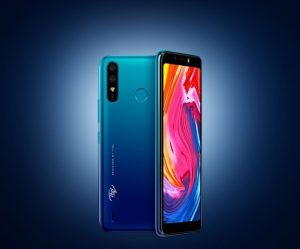 Starting from the phone camera, Itel A56 has a rear camera of 8=0.3 megapixels combined with the LED flashlight that allows you to take good photos in dark areas.

It comes with a flat shape that can easily slip off your hands if you don’t hold it tight enough.

The phone RAM memory is 1gigabyte to manage to multitask on the processing unit. 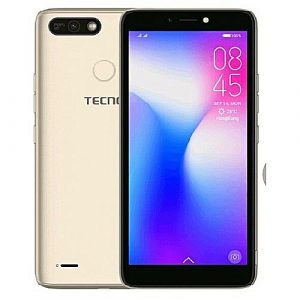 POP 2F version of Tecno phones has an inbuilt electronic component that calculates the tilt and motion.

This phone is a good fit for you in search of a cheap phone with a fingerprint sensor.

Based on the price range of this phone, the memory and storage space provided is nice. For a mobile phone to be this cheap, you don’t expect it to have the same features as the expensive, high-cost smartphones.

Since you need a phone with the aforementioned feature then you should check it out. 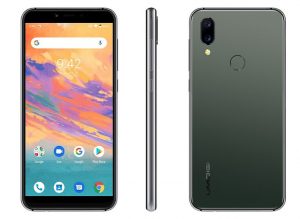 Umidigi A3S is one of the cheapest phones with Fingerprint Scanner in Nigeria.

And let me shock you, it is upgraded to the Android 10 operating system category.

The phone pack is built with a plastic frame with a 5.7-inch IPS LCD HD+display screen resolution of 1440×720 pixels.

The camera of this mobile phone is rear. You will find a single front camera and two dual rear cameras at the back plus a LED flash.

Umidigi A35 primary is 16MP and its secondary camera is 5MP which is compatible with taking good photos on HDR mode and also records high-quality video at 1080p and 720p resolutions.

And yes, it also has a fingerprint sensor at the back. 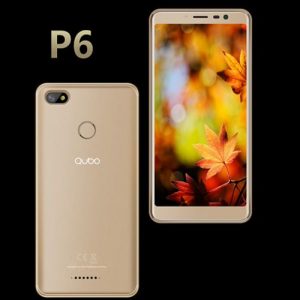 Qubo P6 has a very high battery capacity. The batter life is 4500mAh for powering the phone.

With the 4500 battery, it helps the phone last long even on regular usage.

You know what Google can do. The Qubo P6 smartphone is one of the GO Edition and has an Android 9.0 OS upgrade.

The inbuild mobile storage is 16GB for packing documents images, videos, and others. And it allows an additional 32GB support using a micro SD card.

Making it possible for you to connect to your network provider, Qubo P6 has two slots for Nano SIM Cards and allows the use of 2G and 3G to browsing the internet. 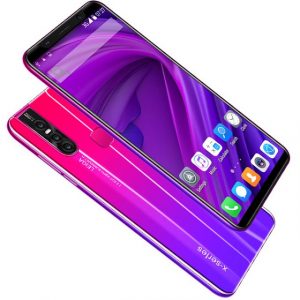 Oe X 27 is kind of different from other phones I have shared. First of all, it has a low price tag, very suitable for everyone to buy.

The system processes with the MTK6592 8 Core ROM chipset with a screen size of 5.8-inch.

It has the Android 8.0 Operating System (OS) version installed on it with 4GB RAM internal memory for fast loading.

Any network between 2G and 3G coverage can go for a great browsing experience. And the battery is 4000mAh strong to perform very well. 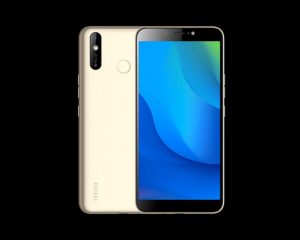 The Tecno Pouvoir 3 Air is pretty much related to the Pouvoir 3 version with a slight difference.

It has a smart fingerprint sensor that makes it easier for you to unlock your mobile with a single touch. No doubts, this makes your information more secure, since your finger has been configured as the only passkey.

Great stuff, the battery capacity is at 5000mAh which is high compared to smartphones these days.

You can buy this phone right here at a very affordable price compared to offline stores that add interest and all that.

From the specification and price of this phone, you can see that Tecno Pouvoir 3 Air is amongst the cheap phones with the fingerprint scanner. 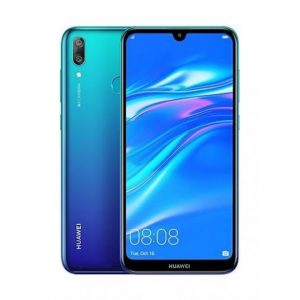 Huawei y7 Prime has the Qualcomm Snapdragon 450 SOC Processor which coordinates the efficiency and performance of the device.

The inbuilt storage is bout 32GB of which 512GB extra storage is accepted to store files ( including your photos, videos, documents etc) and a 3GB RAM memory that makes the smartphone capable to handle excess tasks at a time.

From the back, the camera is about 13MP+2MP Dual rear while it has a 16MP front camera for taking high-quality photos and video recording. 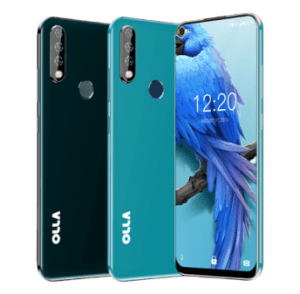 Olla V9 has a fingerprint sensor and it is very affordable for the average individual in Nigeria.

In the hardware and software part, it processes on MediaTek MT6761 Helio A22 mid-range chipset which is very common in midst of Infinix and Itel mobile phones.

Getting this product, you won’t miss any exciting ingredients, like popular brands, add their phones.

With the 32GB inbuilt storage space, you can pack your files safely and can be supported with an external 128GB portable micro SD card.

For doing multitasks on the phone, Olla V9 gives you 3GB RAM memory to open many background processes at a time.

See how the Fingerprint scanner is used below.

You can now buy your preferred phone with a fingerprint sensor.

While it’s possible to make buying decisions on your own, it is not always advisable to do so.

Let BaseOnTechs.com give you the best guide to buy your next smartphone.

These are the cheap phones with a Fingerprint scanner in Nigeria. 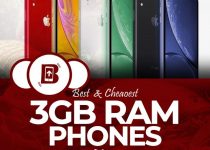